When You Need Community the Most

I was just about to go to sleep when I got an email from my brother-in-law with the subject line, “For you”.

No text in the email. Just a photo of my Daddy and I when I was about 5 (the age that my son is right now). I took one look at it and started to cry. You know the kind; the silent cry. With tears streaming down your face and sniffing back nose-water.

No drama though. It’s not my first time crying about my Dad.

I'll have to back up a bit so that it all makes sense, but it's worth it.  Stick with me and you'll get to know my Dad and how he's helped me approach community for myself and for clients.

You see, this photo, is my absolute favourite photo of my Dad and I, and until recently I thought I’d never see it again. That alone is worthy of some salt-water leaking from your eyes and nose on a Friday night.

You see, the last time I saw this photo was over a decade ago. It was on the background of my uni computer, but I couldn’t find the file or the original photo and assumed I'd never see it again.

Tonight I just sat there and cried as I studied my Dad’s face.

I caught myself looking at my Dad’s hair in the photo; so soft, brown and long and I imagined stroking it with those 5 year old chubby fingers, but even as I pictured how it felt, I had to push back other newer memories.

Ones I’d rather forget.

His hair buzzed short, grey and thinning.  Only the occasional look in his eye or a smile to tell me that he was still in there somewhere. He can’t speak, walk or feed himself…just tracking me with his eyes from time to time; from where ever it was he just went…in his mind. And no more moustache (shaving it made it easier for them to wash his face). My Dad always had a moustache though…without it he looked like someone I didn’t know.

I'd rather you remember him like the photo above though…with his moustache.

But how did it get to that?  What happened?

I’ll fill in the blanks, but let’s stick with the photo for now.

This photo is special. It captures how much I adored my Dad. I can remember how excited I was to be sitting on his lap and to get to wear his cowboy hat. The man who was my biggest fan and always encouraging me…and that I thought was invincible.  I was wrong about that last part but he was right a lot.

For example, he was right about something I discovered at Ramit Sethi’s Forefront event in Chicago. You see, I was one of the MCs at Forefront and this was the 2nd time that I had spoken on stage in front of +500 people (the first was at Forefront NYC in 2016).

Now here’s the kicker…for as long as I can remember my Dad used to say,

“Girly, you should be on stage!”

He would say it over and over in different situations. Apparently he thought I was hilarious and that the world should know it. I drummed it up to him having to say that…because I was his daughter and it was his job to think the sun shined out of my ass!

I walked out on stage with Marc Aarons and we MCed the shit out of Forefront. It was so much fun to be standing in front of so many amazing people. Holding a mic felt like riding a bicycle…like coming home, and apparently I wasn’t just imagining it.

Chris out, one the the lovely people I spoke with over dinner on the last night of Forefront shared on his Facebook:

“From all the speakers that I've seen in the last year, I can only say 1 thing. Diana is the most talented one that I've spotted. She's the best at creating a true connection with the audience.” – Chris Out Chris is to my right.

I SHOULD be on stage and I’m going to find more ways to make that happen.

But something is missing from all this excitement.

While I loved Forefront and being on stage, I haven’t told my Dad that he was right.

I imagine what it would have been like to tell him. I’d have called him on the phone or hopped on Skype and told him ALL about it and he’d listen to every word.  Heck…we’d probably head out to the local Tim Hortons if I were in Canada and we’d gab for hours over hot drinks and doughnuts.

“High-fives girly! I knew you should be on stage. You see…I called it! Now get me another chocolate dip” – Daddy

That conversation didn’t happen though and it never will.  He WAS right about a lot of things, including one of his favourite expressions.

“Shit happens, then you die”.

You see, my Daddy, this amazing man in that photo was my biggest fan, best friend and a fighter pilot in the Canadian Air Force. You've probably picked up on the fact that I'm speaking in the past tense and this isn't just because I was 5 when that photo was taken, but because he is gone now. The service program from his funeral.

My Dad passed away almost a year ago on Dec 29 2016, but truthfully we lost him years before that. He was diagnosed with Alzheimer's at the stupidly young age of 51 (right when I first moved to Spain) and he died at the unfair age of 61. I remember my Mum telling me that when he was having initial assessment tests and check-ins after the official diagnosis, his doctor told him to write a sentence about Alzheimer's. His sentence?

They laughed…always a funny man he was, but again…he was right. It DOES suck.

So here I sit, at 1:30am compelled to write and introduce you to my Dad, David Wayne Tower. Why?

What does this man have to do with community?

You see…our parents are the roots of our community, the foundation. If they are there for us, loving, understanding and supportive… we thrive.

If they aren’t there for us, or we lose them…it can leave a hole in our support system…our community foundation is left weakened.

While I’ll never be able to replace my Dad, I have people who remind me of him and his goofy nature, pride, and dedication to excellence; all while being humble at the same time. They also push me to be the best version of me that I can be (just like he did). Thank you Antrese and Gen! Me and my hubster!

But was my Dad really so great?

I mean, he was my Dad so of course I adored him, but there is more.

My Dad was a Top Gun (yes…my Dad was basically Tom Cruise from the movie Top Gun…though he looked more like Goose than Maverick) but the thing was he didn’t brag about it, he always acted like a normal dude, — that simply liked eating Reeses peanut buttercups while watching chick flicks — even though he was talented as fuck. Fun Fact: My Dad could also fly 7 different types of fighter jets. That’s right. SEVEN! Do you know how many jets “normal” pilots can learn to fly? One.

He wasn’t just talented though, he was a lovely person.

At his funeral, a man that he used to work with came up to me. He wanted to tell me about my Dad from his perspective and it stuck with me.

You see, my Dad was a high ranking military officer and this guy was below him in the ranks. All the other pilots at my Dad’s level tended to ignore this guy or treated him as if they were better than him.  My Dad treated this guy as an equal and always made him feel welcome and helped him whenever he could. That was how my Dad rolled.

It’s funny because I see so much of this character in me now. He treated everyone like a good friend, he was generous, a great listener, goofy and did one thing extremely well.

For him it was flying. For me, it’s people and community (and GIFs). Here my Dad is via Skype about 5 years after his diagnosis.

He could still talk to me and say “pull my finger” in that photo. That joke never gets old!

What do I want you to think about…now that you know more about my Dad?

Losing my Dad was hard.  I’d been preparing for my good goodbye for 10 years, but having my community around me helps. Like I said, it didn’t stop the hurt but it helps me face it, and allow it.

I’d love to have just one more Tim Horton’s chat with my Dad though. To tell him about everything that’s been going on recently and enjoy a donut or 2 with him.

I know that can’t happen but maybe he has internet in Heaven and can read just how much of an impact he has had on my life.

I love you Daddy.

Who’s in your community? Have you lost someone important?  How do people support you through tough times as you grow your business?

I'd love to hear from you in the comments below. 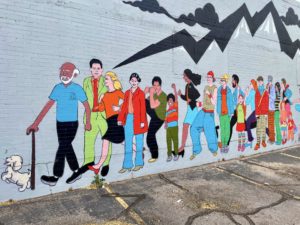 The Ultimate Checklist to Build a Facebook Group For Your Membership

What Is A Community Manager & How To Assess Before You Hire? 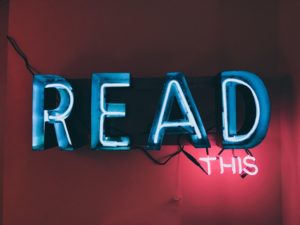 Made it here? You're in luck

OMG! You want this kit.

Y’know, your step-by-step golden ticket to Retention easy street.  Where assessing the 6 Retention Levers + planning, testing and tweaking your membership Retention Strategy has never been as painless, quick + easy.